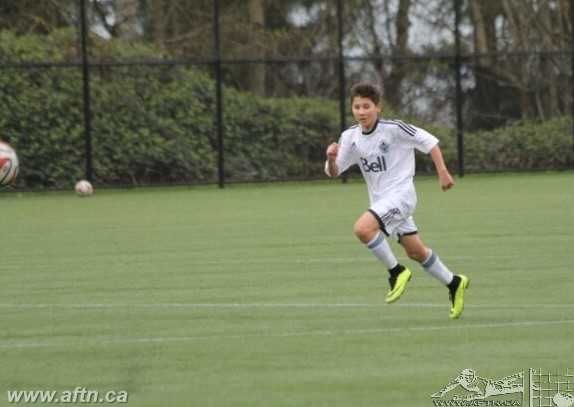 Logan Chung had some big boots to fill when it was announced that he was joining the Whitecaps Residency program. Whitecaps fans throughout BC, and most hardcore soccer supporters who follow Canadian soccer, have heard of his older brother Kadin, who joined the ‘Caps Residency in 2011 before signing an USL deal in 2015.

This season Logan has played a key role in helping the Whitecaps U16s lead the Northwest Division in the USSDA. Hopefully it will end with a championship at the end of July.

We wanted to talk with Logan and get to know him, his game, his aspirations, and what it’s like to put on that Whitecaps kit, and hopefully Canadian kit down the road, with his brother’s large shadow always around.

AFTN: Let’s cut to the chase. Who is the better player at 16-years-old, you or your brother Kadin?

Logan: That’s a hard one. We play two completely different positions and both have different qualities that help us in those positions. We’re very competitive, so I know he has his arguments on how he was better and I have mine, but l’ll say I’m better in my position in the centre of the field than he would have been.

What are the strongest aspects of your game?

Being smaller, I can quickly change directions with and without the ball and that agility gives me an advantage in 50/50 challenges against bigger players. Always having a plan and focusing on my touches really helps me balance the physical side of the game.

What part of your game needs the biggest improvement?

Staying involved out of possession or off the ball is an area I can improve on. I disappear sometimes when I am off the ball but it is something I am working on. For me, it’s a test of focus and work rate, I am willing to work as hard off the ball as I am on the ball.

In 2015 you participated in the Canadian national team youth program identification camp. What would it mean to you to play for Canada at the international level?

It would be an honour and privilege to represent Canada on an international level. It’s every kid’s dream to play for their country and wear the national crest. To me it’s what you work for and a reward for your hard work. 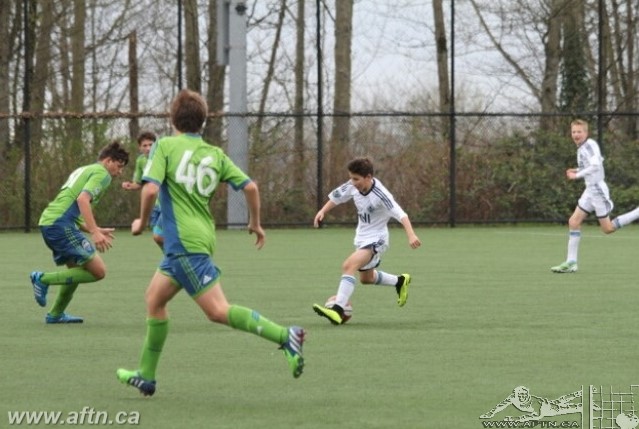 Who is the most skilled player you have played against?

I can’t name anyone specifically, but I was fortunate to meet many skilled players during the MLS All-Star week down in San Jose. It was a great experience and I played against some of the hardest competition and some of the most skilled soccer players.

Who is the most skilled teammate you have had?

I can think of two. One being Alphonso Davies and the other Michael Baldisimo. Although I hadn’t played very much with the two, the times I did, they were dominant. Alphonso is getting the opportunities he deserves and Michael will soon follow. Both have bright futures and are still very young and have a lot of room to grow.

What does it mean to you to play in your hometown and have your family there to support you play?

It’s great. With the club being local I was able watch my brother play for them. This in turn, fuelled my drive to play for them one day as well. I am lucky to play for a professional club and also be close to my family. Their support is very important and I want to make them proud and show them that, like my brother, I am also capable of becoming a professional soccer player.

There’s been a couple of family dynasties with the Whitecaps over the years. So in recent times, who are the most skilled brother team to come through the Whitecaps program – the Chung brothers or the Baldisimo trio?

The Baldisimos are great players that you would like to have on your team but hate to play against. I have been asked this question many times throughout my time in the program and I can never bring myself to answer it. I am proud to be in the same program with my brother. We are both living the dream we wanted since we were very little and we like to think we are making a name for ourselves. My brother and I and the Baldisimos have an unspoken and friendly competition to prove who is better. This keeps us all driven.

My goal is to help my team as much as I can for us to make playoffs and win the championship, which I have no doubt we will, and if not, we will die trying. I also want to represent my country internationally.

Where do you see your soccer career in five years?

Hopefully in five years I will have a structured soccer career path and an opportunity to sign with the club. Whatever may happen I still hope to be playing high level soccer.

Thanks to Logan for taking time to chat with AFTN. Make sure you give him a follow on Twitter – @clanchung, and thanks to the Chung Family for providing the photos. 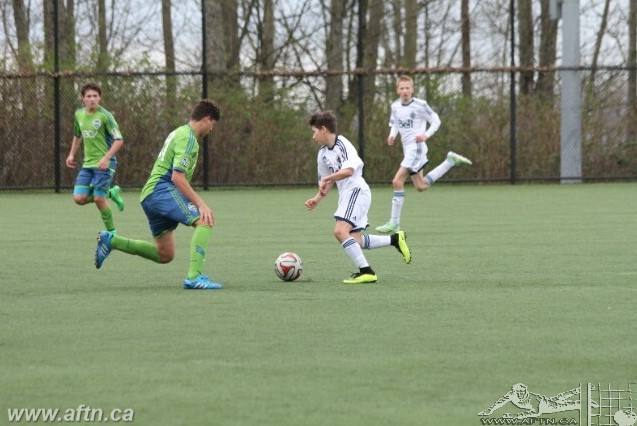