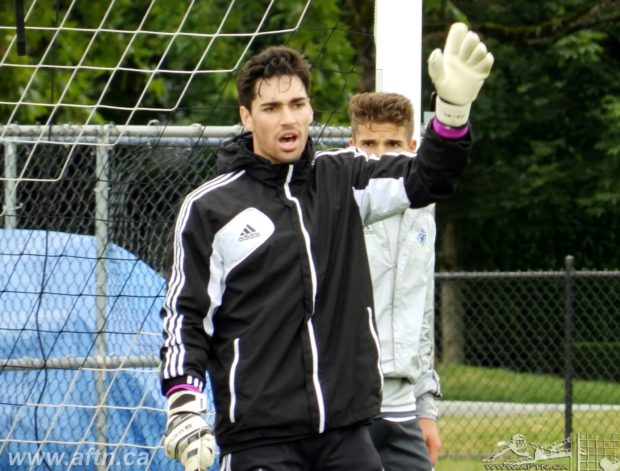 Aidan Aylward is in his fifth, and final, season with Vancouver Whitecaps’ Residency program after moving west from Ontario and the Ottawa Fury’s program in 2013.

Aylward, who turned 19 last month, has made 76 appearances and counting for the ‘Caps U16s and U18s in his five years in Vancouver, playing in last season’s USSDA Championship game with the U18 side, and producing ‘the save’ five minutes into stoppage time to take the match into extra time, before the young ‘Caps lost a heartbreaker 1-0.

Aidan has been involved with the Canadian national team set up at U15 and U17 levels, playing in two tournaments in Mexico, and is the latest Whitecaps Residency player to chat with us in our Ten Count interview series….

AFTN: You came over to the Whitecaps Residency program from the Ottawa Fury program, what has been the biggest difference between the two?

AA: The biggest distinction between the two programs was the details. Being in the Whitecaps program showed me that all the little details matter – from the medical side of things, to the everyday training, to the professionalism off the pitch, it all showed me that every part of the game adds up. Being at the pre-NASL Ottawa Fury program was a great experience but by joining the Whitecaps it enabled me to take my game to another level.

Since you have been in Vancouver you have been one of the most played goalkeepers in the program, what does it mean to you for the coaches to put such faith in you game in and game out?

It means a lot to have played this much and been able to represent the club so many times. When the coaches have such faith in you, it enables you to go out and perform the best you can each game.

What professional goalkeeper would you most compare your game to?

I’ve always tried to model my game after Neuer. I remember back in U12 at Ottawa Fury my coach would demand that I be a sweeper keeper. The defensive style my old coach played was an extremely aggressive press, and it was demanding of everybody on the team, myself included. Since then I’ve been a sweeper keeper. So when I was younger and found out that a keeper who was making his way up the ranks by the name of Manuel Neuer did the same I found it fitting to model my game after him. Now with his many accolades, I see no reason to model anything other than the number one in the world.

You have had numerous chances to represent Canada at a bunch of age groups, what does it mean to you to represent your country?

Representing Canada is always an honour and a great experience. Every game you play is big. They help you to learn the most and take that step to raise your game. The games let you compare your level against the rest of the world and show you what it takes to play at the international level.

Who is the most skilled player to have scored a goal against you in a game?

I’d like to say that all goalkeepers have bad memories. In truth, I can’t remember the most skilled player to have scored a goal against me in a game. 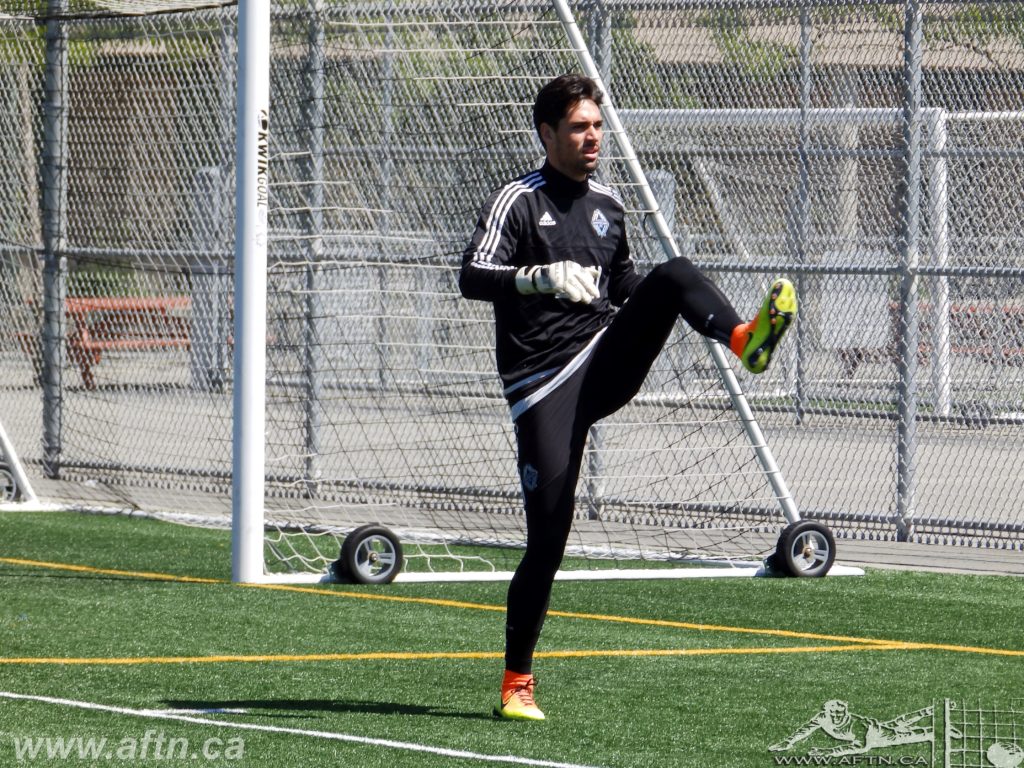 Who is the most skilled teammate you have played with?

I’ve played with many talented players over my time here. The 98/97 age group I predominantly played with has had its fair share of talented players. It’s too tough to narrow it down to one single teammate, so I’ll answer it by saying we’ll have to wait and see who the most skilled player of my teammates is.

What is the best venue you have had the chance to play a soccer game in?

Playing at LA Galaxy’s facilities for the USSDA’s finals last year was fantastic. It was a great atmosphere and an even better game.

What are your on the pitch and off the pitch goals for 2017?

My on the pitch goals this year are to keep developing my leadership skills and continue leading the team I’m with. Being one of the older players in the team and program presents it’s set of responsibilities and opportunities, which I plan on taking, learning, and growing from it all. My off the pitch goals are to sign with a University and begin to prepare for NCAA soccer.

What would it mean for you to sign a professional soccer contract with the Whitecaps down the line?

It would be fantastic to sign for the Whitecaps. They’re the program that really showed me that it’s possible to become a professional. So signing with the club that gave me that insight would be incredible.

Where do you see yourself in the next five years?

In the next five years, I plan to have my degree and a professional contract. Whether it be with Whitecaps, a MLS side, or overseas, I see myself playing the game at a high level.

Thanks to Aidan for taking time to chat with AFTN. Make sure you give him a follow on Twitter – @AidanAylward.